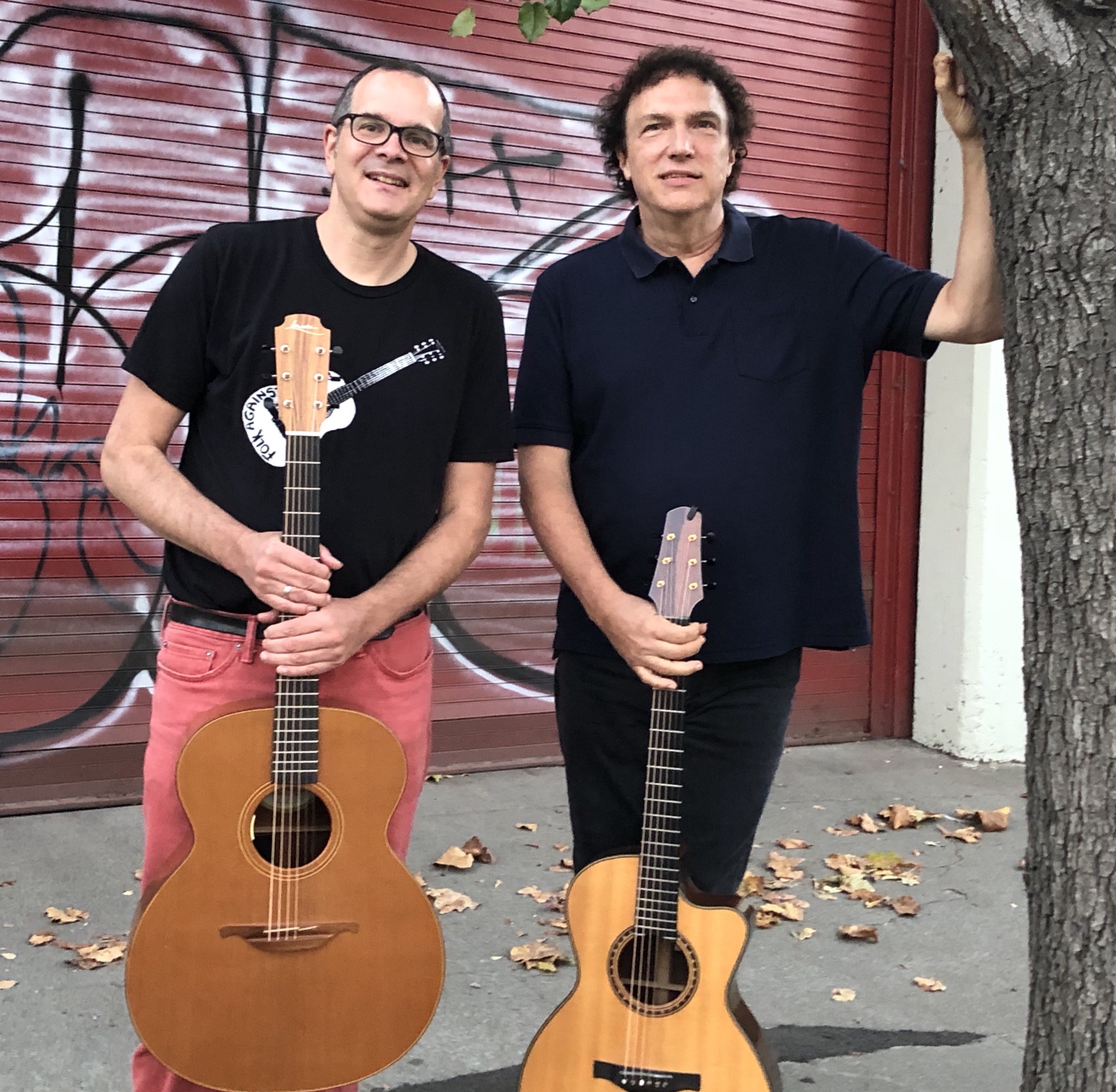 Besides maintaining busy schedules as solo performers, Teja Gerken and Doug Young have performed as a duo for more than a decade. Drawing from their individual catalogs of original compositions, Celtic tunes, arrangements of jazz standards, and the occasional classical piece, Teja and Doug are having fun presenting a varied repertoire. Often using a variety of guitars that may include baritone, metal-bodied resonator, and 12-strings in addition to more standard instruments, the duo takes advantage of a wide tonal palette.

Teja has shared the stage with many guitar visionaries, including John Renbourn, Alex de Grassi, and Andy McKee, as well as with his mentors, Duck Baker and Peppino D’Agostino. He is a familiar face at most Northern California acoustic music venues, and has toured throughout the USA and parts of Europe, including as a part of the International Guitar Night series. Teja has also taught guitar workshops at events such as the Healdsburg Guitar Festival, Santa Barbara Acoustic Instrument Celebration, the University of Colorado, San Francisco’s Blue Bear School of Music, and Boston’s Club Passim. His two CDs, On My Way, and Postcards have received critical acclaim. Teja is a co-founder of the music instruction website Peghead Nation.

Doug is the winner of the 2011 International Acoustic Music Awards in the instrumental category. He has released two CDs, Laurel Mill, and Closing Time which feature his solo guitar playing, compositions and arrangements. Doug has written several best-selling guitar instructional books, he is a contributing editor for Acoustic Guitar magazine, and is in-demand for teaching workshops at guitar events throughout the country.