The Goonies / Stand By Me Double Feature 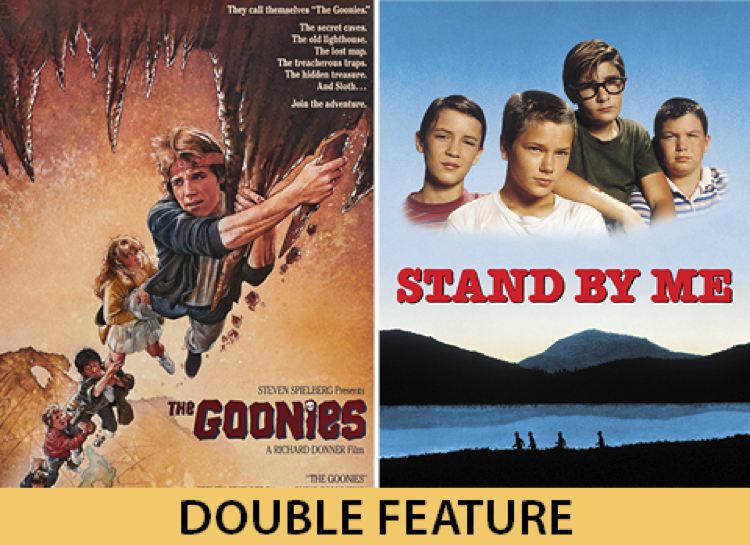 Join UCSB Arts & Lectures as they present a double feature with The Goonies and Stand By Me on Thursday, July 8th beginning at 8:30 p.m. at the West Wind Drive-In. Gates open at 7 PM. First come, first served. Arrive early for food trucks, concessions, prize drawings and a live set by DJ Darla Bea!

From start to buccaneering finish, family adventure classic The Goonies plunges a band of small heroes into a swashbuckling, surprise-around-every-corner quest beyond their wildest dreams! Following a mysterious treasure map into a spectacular underground realm of twisting passages, outrageous booby-traps and a long-lost pirate ship full of golden doubloons, the kids race to stay one step ahead of the bad guys. (Richard Donner, 1985, PG, 114 min.)

This film will be followed by a screening of Stand by Me.

In a small Oregon town, a group of friends – Gordie (Will Wheaton), Chris (River Phoenix), Teddy (Corey Feldman) and Vern (Jerry O’Connell) – sneak smokes, tell tall tales, cuss ’cause it’s cool and band together when the going gets tough. When a teenager goes missing, their unforgettable two-day trek in search of the body turns into an odyssey of self-discovery. Filled with humor and suspense, this film based on a novella by Stephen King is about friendship and the indelible experience of growing up. (Rob Reiner, 1986, R, 87 min.)