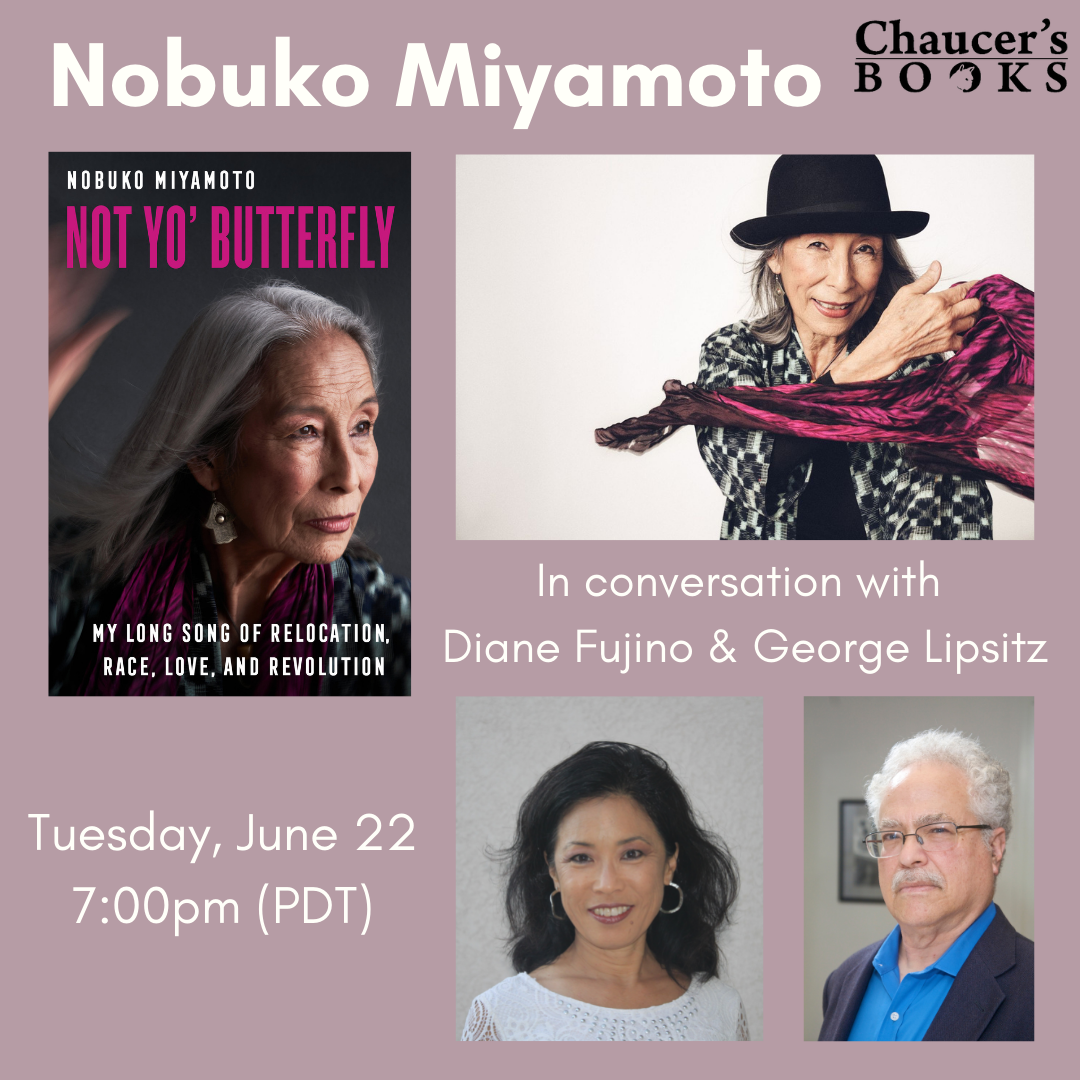 Not Yo’ Butterfly: My Long Song of Relocation, Race, Love, and Revolution is the intimate and unflinching life story of Nobuko Miyamoto—artist, activist, and mother. Beginning with the harrowing early years of her life as a Japanese American child navigating a fearful west coast during World War II, Miyamoto leads readers into the landscapes that defined the experiences of twentieth-century America and also foregrounds the struggles of people of color who reclaimed their histories, identities, and power through activism and art.

Miyamoto vividly describes her early life in the racialized atmosphere of Hollywood musicals and then her turn toward activism as an Asian American troubadour with the release of A Grain of Sand—considered to be the first Asian American folk album. Her narrative intersects with the stories of Yuri Kochiyama and Grace Lee Boggs, influential in both Asian and Black liberation movements. She tells how her experience of motherhood with an Afro-Asian son, as well as a marriage that intertwined Black and Japanese families and communities, placed her at the nexus of the 1992 Rodney King riots—and how she used art to create interracial solidarity and conciliation.

Through it all, Miyamoto has embraced her identity as an Asian American woman to create an antiracist body of work and a blueprint for empathy and praxis through community art. Her sometimes barbed, often provocative, and always steadfast story is now told.

Nobuko Miyamoto is a third-generation Japanese American songwriter, dance and theater artist, and activist, and is the Artistic Director of Great Leap. Her work has explored ways to reclaim and decolonize our minds, bodies, histories, and communities, using the arts to create social change and solidarity across cultural borders. Two of Nobuko’s albums are part of the Smithsonian Folkways catalog: A Grain of Sand, with Chris Iijima and Charlie Chin, produced by Paredon Records in 1973, and 120,000 Stories, released by Smithsonian Folkways in 2021.
Previous Event Next Event