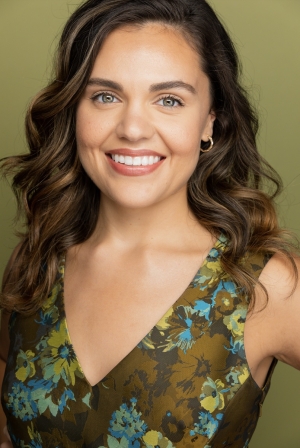 The direct link to the event will be available soon on our website!

Peruvian-American mezzo-soprano Kelly Guerra was noted as a “standout” in the Wall Street Journal for her performance with the Tanglewood Music Center as Mrs. Doc in Leonard Bernstein’s A Quiet Place.
Guerra has been featured at the Lucerne Festival, Tanglewood Music Center, and the Bard Music Festival. Guerra has performed with a variety of ensembles including the Albany Symphony, Santa Barbara Symphony, Garden State Philharmonic, The Orchestra Now, Contemporaneous, Opera Parallèle and BluePrint.
As a first-generation American and native of Southern California, Kelly is passionate about producing projects that raise awareness and monetary aid for detained immigrants in the USA as well as performing excellent music composed by underrepresented groups. She holds her master’s in music from the Bard College Conservatory and her bachelor’s from the San Francisco Conservatory of Music, where she graduated with an award of Vocal Excellence.
Previous Event Next Event