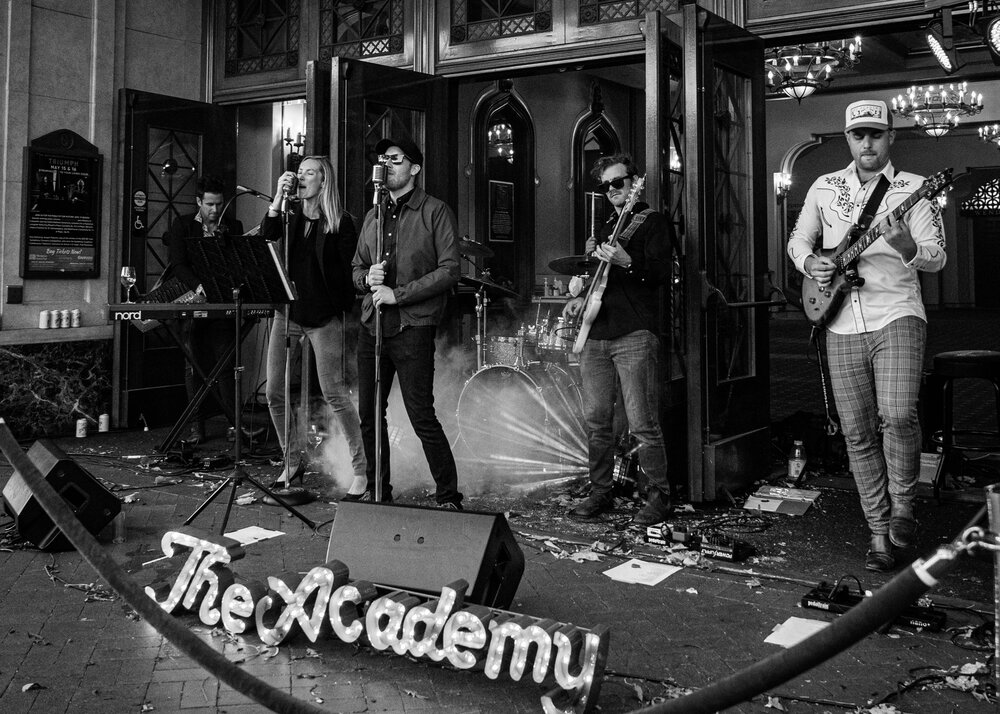 Wharf Wednesday on September 7th will also feature live music by The Academy.  The free concert will rock the Wharf from 6pm to 8pm.  The Academy is a Santa Barbara-based rock band that has been performing around the area for eight years. They specialize in dishing up their own signature interpretation of the best pop and rock, blues, funk, groove and dance classics to the delight of all who enjoy high- energy live music. Duel vocalists Whitney DeTar and Dante Brunetto offer face melting, leg shaking, performances while being accompanied by Santa Barbara legends Craig Thatcher (drums), Daniel Bagdazian (Bass), and Gus DeTar (Keytar).

The night will start by firing the historic cannon. Bring the kids or a date, have dinner or drinks, stroll the shops, take in the sunset and you’ve got the makings for a memorable evening. Mark your calendar now and come listen to some great music on the most picturesque stage in the world!

Stay tuned to https://stearnswharf.org/stearns-wharf-to-celebrate-150th-anniversary/ for the remainder of the summer concerts, and other events that will take place throughout the year. The big anniversary bash will be on Saturday, October 8th.