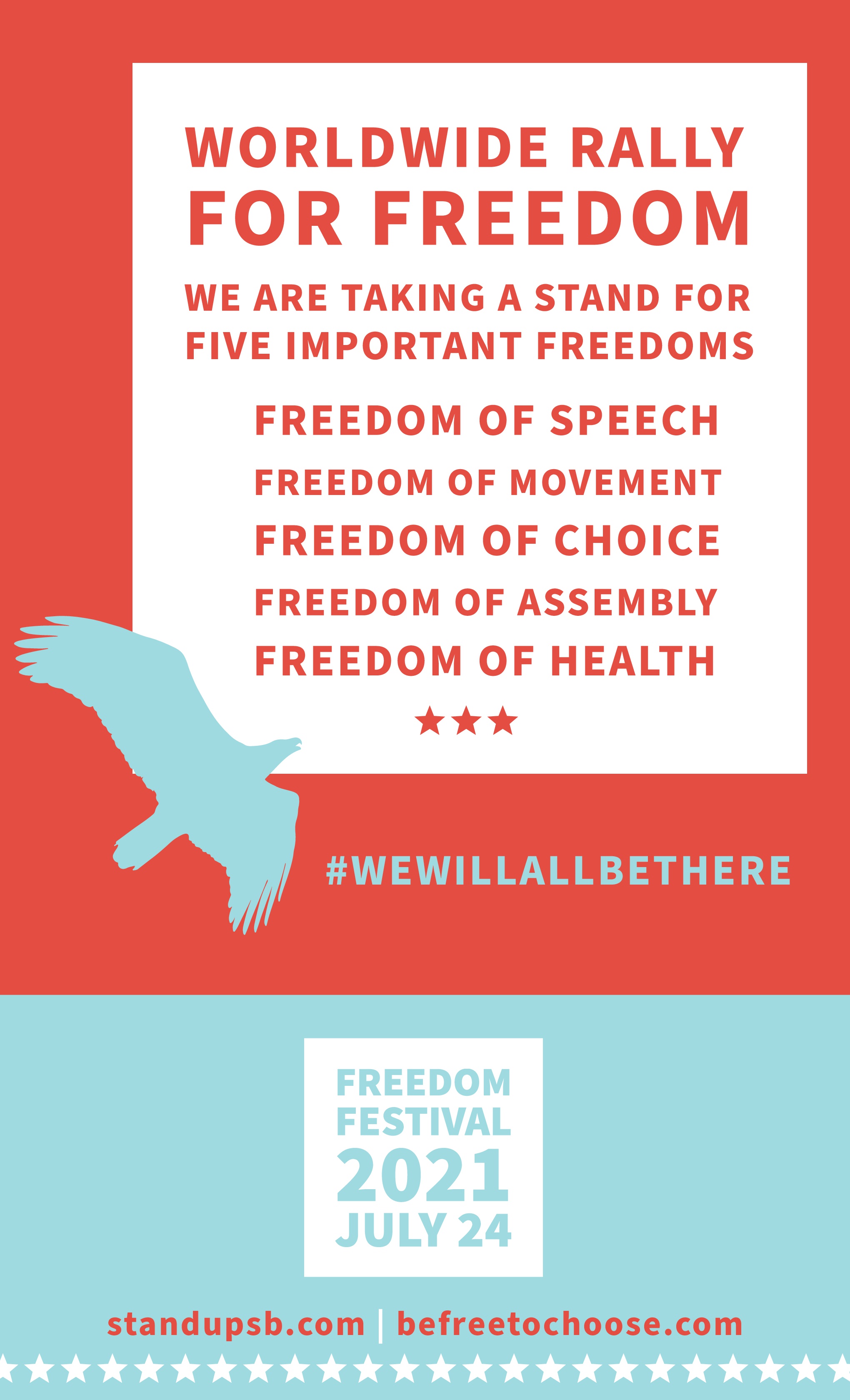 On beach on the West side of Stearns Wharf Walkway

On Saturday, July 24, 2021, citizens of Santa Barbara will participate in its second Worldwide Rally for Freedom, joining over 200 cities in over 40 countries around the world taking a stand for medical freedom.

The rally will kick off with a march starting at noon at Stearn’s Wharf. All are invited to join the march which will end at De La Guerra Plaza, with a family-friendly, peaceful gathering-the “Freedom Festival”. (See Freedom Festival event also listed separately.)

This march is organized by Stand Up Santa Barbara, a small group of local, action-oriented, non-partisan, concerned citizens who galvanized around pandemic issues such as mandated vaccines, vaccine passports, informed consent, medical choice, and health freedom.

The rally is specifically protesting the items listed below, all of which have either begun to be implemented in California or are being considered.

·         Mask requirements (including children in schools)

·         Vaccinating children for the fall semester

Worldwide Rallies for Freedom are planned in the USA as well as in over 400 locations including:  Argentina, Australia, Canada, Denmark, England, France, Germany, Israel, Lebanon, New Zealand, Scotland, Switzerland, Uruguay.

**This event does not reflect the views of the S.B. Independent.**