Dominguez, Gutierrez, and Cruz Vie to Represent the Eastside 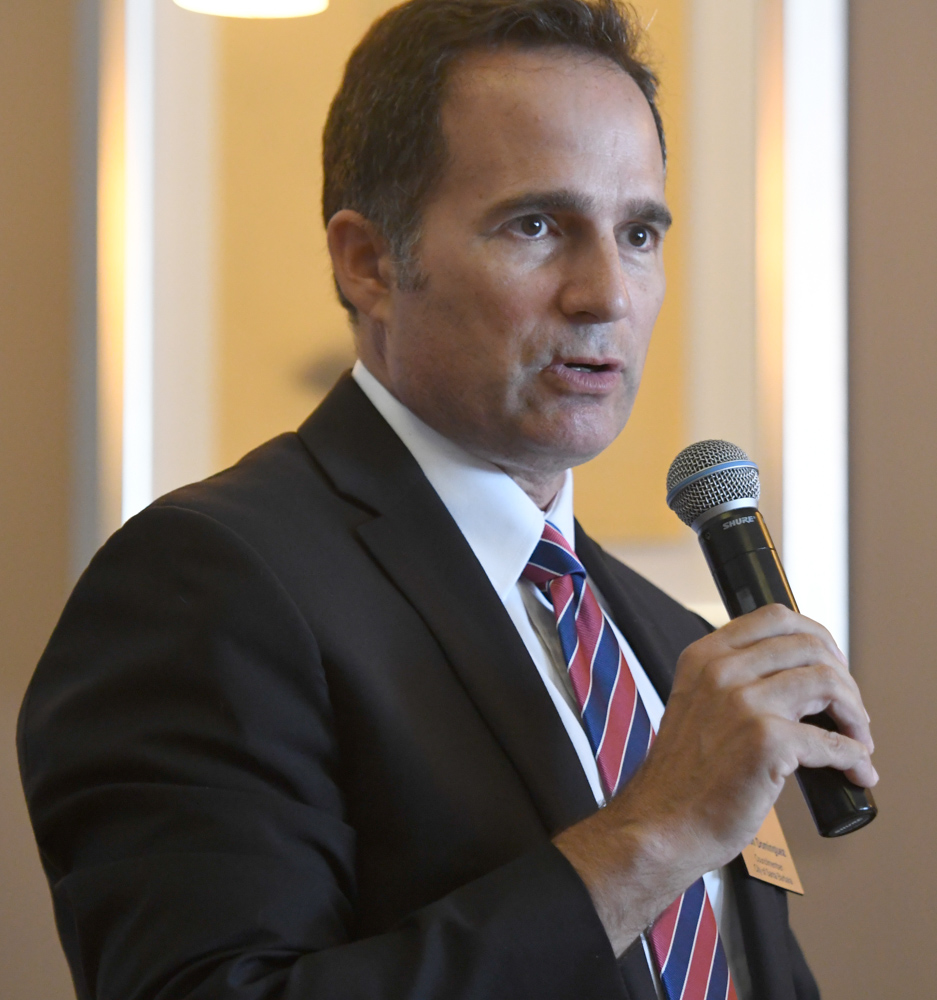 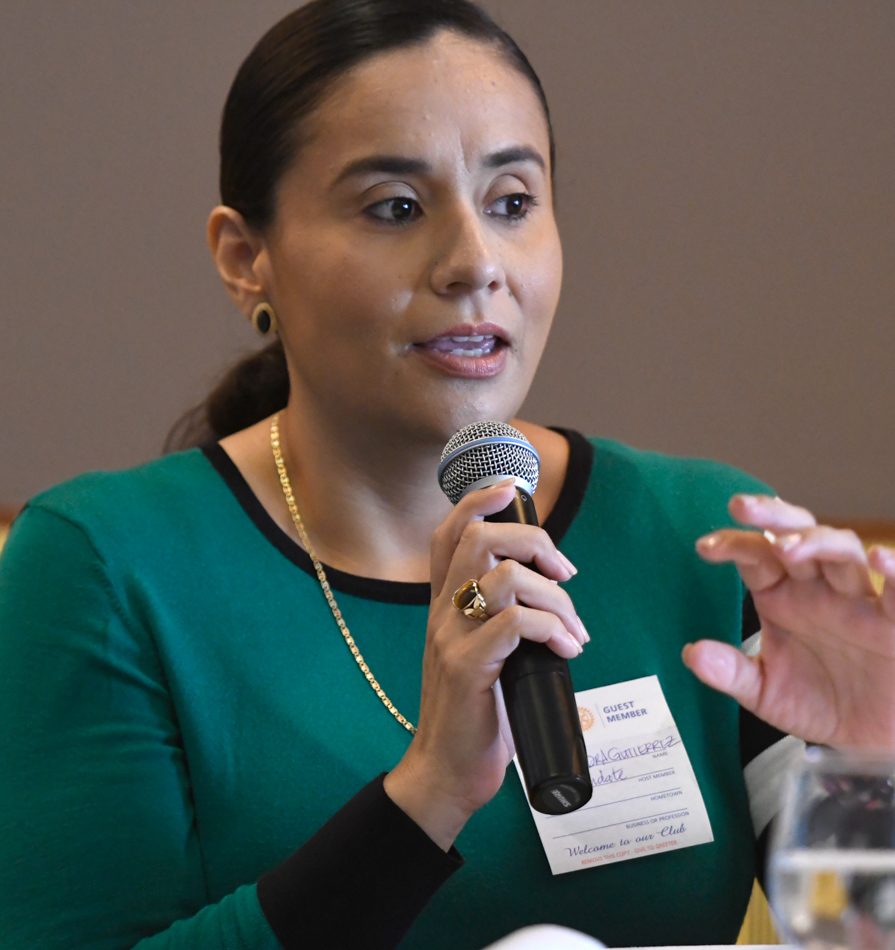 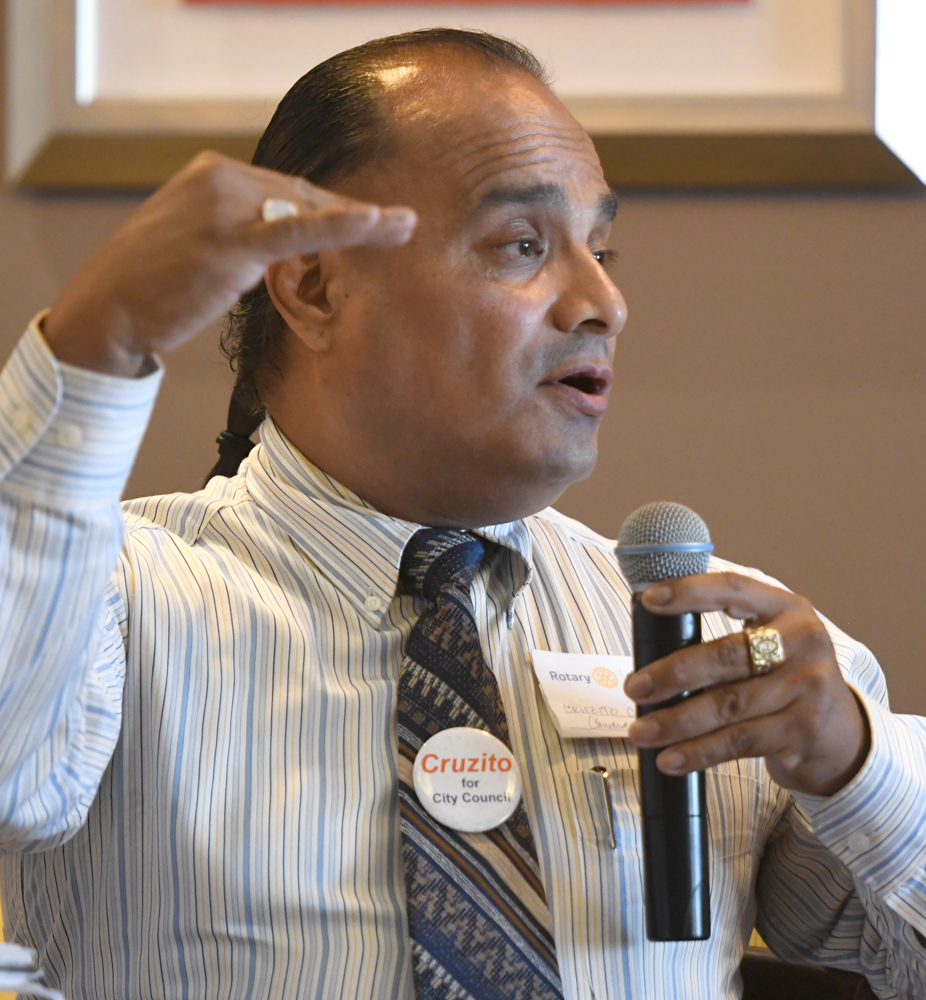 hree candidates are vying to represent the Eastside’s District 1 on the Santa Barbara City Council this year. Santa Barbara’s political focus is now hyper-local since the city switched from at-large to district elections four years ago. The two main problems discussed by all three District 1 candidates are homelessness and affordable housing. Incumbent Jason Dominguez, community advocate Alejandra Gutierrez, and sixth-time runner Cruzito Herrera Cruz share their plans to tackle these and smaller, Eastside-specific issues below.

The incumbent usually has a better shot getting reelected, but Jason Dominguez is known as the council contrarian who has a record of battling Mayor Cathy Murillo, and though he is a Democrat, he has never been endorsed by the party.

Despite this, he has garnered a large support base and is endorsed by three former mayors: Sheila Lodge, Hal Conklin, and Helene Schneider. He says he doesn’t follow party lines, instead voting for “common-sense solutions.” He attributes his law degrees with teaching him to “stand up for what is right” regardless of outside interests.

Compared to the other two candidates, Dominguez has a lengthy, impressive résumé. He worked for the L.A. City Attorney, the California Attorney General, California Rural Legal Assistance, Legal Aid Foundation, New Civic Forum, and the United Nations as a prosecutor for war crimes in Rwanda and Yugoslavia. He graduated from Stanford University, received his law degree at UC Berkeley, and earned a master’s degree in environmental law from Heidelberg University in Germany.

“The council used to work to get a unanimous vote by compromising,” Dominguez said. “Now if there’s four votes on an issue, we just push it through without finding a compromise. City Council works the best when you get seven members to compromise and agree on an issue.”

This stance, he explained, is why he is typically seen as the outsider among his fellow councilmembers. He won’t vote for something just because it aligns with party interests or is recommended by city staff.

When it comes to homelessness, he wants to imitate Oxnard’s model, which includes a full-time staff member dedicated to finding solutions for the issue. So far, the council has not taken up this plan. “Whether I get reelected or not,” he said, “I am pretty close to just forming my own volunteer homeless committee if the council doesn’t support it.”

When it comes to housing, Dominguez has tangible ideas. He was always critical of the Average Unit-size Density (AUD) Program, which miserably failed in its effort to create affordable rental units. The program incentivizes developers to build more units by allowing them to construct more units if they built rental apartments. Although over 200 units have been built so far, the rents are market-rate and unaffordable to most middle-income families.

“My vision is to have other cities come here and want to learn how Santa Barbara does it.”

The council recently passed an inclusionary housing ordinance to fix the AUD issue, requiring 10 percent of new rental housing units built to be set aside for moderate-income tenants, although Dominguez wanted 15 percent. With the new ordinance in place, building housing on State Street is the answer, he said. He believes other councilmembers aren’t jumping at the idea because city staff isn’t leading the charge.

“They are highly deferential to staff,” Dominguez said. “If staff is leading, they will follow.”

Dominguez said 2,000 more units could easily be built on State Street, approximately 200 units per block for 10 blocks, give or take. As for parking, he said the city lots could be used for night parking and most tenants would move their cars during the day for work but otherwise could pay a fee to park during the day.

They could also use a parking app, he suggested, where drivers could search for nearby spots in business parking lots that are only used 40 hours a week, and the spots could be temporarily rented through the app during the closed business hours.

“My vision is to have other cities come here and want to learn how Santa Barbara does it,” he said. “We don’t have that right now.”

Dominguez also announced he’s running for the 37th State Assembly District, a move his opponents call proof of his lack of dedication to the Eastside District and its constituents.

“I can do just as much if not more from Sacramento,” he said. “I have gone door to door and talked to voters, and they don’t have an issue with it. This is honestly typical; the only difference with me is I’m open and tell people about my goal.”

Not yet well-known in political circles, Alejandra Gutierrez is certainly backed by many established politicians. In addition to the mayor and the Santa Barbara Democratic Party, she has five county supervisors, the Santa Barbara Women’s Political Committee, current councilmember Oscar Gutierrez, and school boardmember Kate Ford, among others, endorsing her.

Because of her work as director of the Franklin Service Center, Gutierrez said, she already works with local government on a daily basis to provide the services to the parents and kids who use it. She said Santa Barbara is the “number-one city for nonprofits,” and she wants to utilize that by linking them with community needs through her position on City Council the same way she has at the Franklin Center.

“I went through it; I grew up in these streets as a low-income Latina. I can talk to residents in a way other people can’t,” she said. This is her greatest advantage over incumbent Dominguez, who grew up in Los Angeles and doesn’t have nearly as deep a connection to the people of District 1, despite his four years in office.

She also discussed gang culture on the Eastside when it was at its peak in the ’90s when she was growing up. Although gang violence has decreased in recent years, it is still one of the major issues of her campaign. Gang violence comes in waves, she said, and “just because the numbers have gone down doesn’t mean the problem is gone.” This is a very specific issue to District 1 and less of a concern to the council as a whole.

“I went door to door at the Punta Gorda Trailer Park, and they’ve had a lot of [gang] stabbings,” Gutierrez said. “Most of them didn’t even know who Jason is. I will help them organize and give them a voice to stop the violence, but they also need to get involved. I don’t sugarcoat things.”

“I grew up in these streets as a low-income Latina. I can talk to residents in a way other people can’t.”

She said many constituents on the Eastside don’t vote, show up for public comment, or get involved with local politics, but she is aiming to change that. Her first campaign donation, $20, came from one of her previous students who lives on the Eastside. He told her he had never voted before, but seeing her run inspired him to register.

When it comes to housing and homelessness, she, like Dominguez, wishes the inclusionary housing ordinance was higher than 10 percent, but she doesn’t agree that State Street is the right spot.

“Sure, State is an option, but we need to be more creative than that,” she said. She also emphasized that affordability isn’t the only housing issue. “Safe housing is a crisis. People in the Eastside are afraid to complain to their landlords about cockroaches. We need safer housing.”

Gutierrez also said the City Council vote to close all city parks half an hour after sunset and to ban adults from the designated children’s play areas in all parks with playgrounds or pools unless they’re with a child 12 years or younger is “completely ridiculous. Eastside residents don’t have backyards or front yards. Parks are where they go to socialize and be with friends and family.” (Dominguez voted against this saying each park should be treated separately.)

No matter what, win or lose, Gutierrez said her campaign will inspire young people to run.

He’s been seen as more of a symbolic candidate than a serious one because of his unorthodox campaign strategies, or lack thereof. He’s never raised money for any of his campaigns, for example, and he is rarely seen going door to door in the district. He is also the only candidate without a campaign website.

“I’ve never asked for political contributions because I have this crazy, wild idea that a community man can get elected without money,” Cruz said. “I know it’s idealist, but I’m determined to win one day.”

Cruz was one of the original plaintiffs who sued City Hall for violating the California Voting Rights Act in 2015. The case eventually won, sparking the city’s switch to district elections, though Cruz dropped out of the suit before a court decision was reached.

“I have this crazy, wild idea that a community man can get elected without money.”

A self-described Chicano feminist, Cruz said empowering the constituents of District 1 and giving them a voice is a high priority. He, like Gutierrez, grew up on the Eastside and is socially connected to the voters. He doesn’t see gang violence as the district’s biggest issue, though. To him, Eastside residents most need to see Milpas Street “beautified and improved.”

He is an advocate for creating mixed-use rental housing developments along the Milpas corridor and State Street in an effort to “bring economic vitality to the district.” When asked what housing ideas set him apart from Dominguez or Gutierrez, he said his study of past city budgets and “well-documented understanding” of the housing crisis gives him a deeper knowledge that his opponents don’t have.

The League of Women Voters is holding a District 1 candidate forum Thursday, October 3 at the Eastside Library. All three candidates will attend, and livestream information can be found at
my.lwv.org/california/santa-barbara.

The Bloom Is Off the Bud: Santa Barbara County Taxes on Cannabis Hit New Low