Every year, tourists visiting Santa Barbara bring upward of $1 billion to the city’s economy. Yet despite the thriving tourism market, many born-and-raised Santa Barbarans struggle to find jobs of their own with livable wages.

To help remedy that, three Santa Barbara high schools offer skill-building courses in the culinary, hospitality, and tourism industries. By the time they graduate, students are ready to either move into Santa Barbara City College’s culinary and hospitality program, tuition-free through the SBCC Promise, or they can go straight into making money in Santa Barbara’s top industry.

“Some people think this is an old-school home ec class,” said Anne Gott, the culinary arts teacher at Santa Barbara High School. “It’s not home ec. We teach them much more than how to cook; they gain real-world professional skills.” For example, students who complete the program obtain a ServSafe Food Handler’s certification. “A lot of these kids feel confident they can land a job once they get their permit,” Gott said.

The culinary classes are one of 18 career technical education (CTE) pathways offered in the Santa Barbara Unified School district. As part of a greater state-wide initiative, California high schools are offering CTE pathways for students who are interested in trades and careers that require certificates or vocational training, but not necessarily college degrees.

“There has been an evolution,” said Tiffany Carson, the district’s CTE coordinator. “Previous generations looked at technical education in a binary way — students either go straight to work or they go to college. Today, we want to prepare students for both.”

The recently upgraded culinary classroom at Dos Pueblos High School reflects what students would likely encounter in a commercial kitchen. Terri Ingram, who teaches Culinary Arts 1 and 2 at DP, models her classes after professional kitchens — fast-paced and stressful.

In true food-service fashion, the classroom turned into organized chaos as the class of about 20 split into four groups with ingredients and a recipe sheet. The four groups had about 40 minutes to bake the quiches and chocolate soufflés, taste test them, and wash all dishes in a shared sink.

“I love the fast-paced environment,” said DP senior Ryan Fitch. “I plan on going to the SBCC program to get a culinary degree when I graduate here. This class inspired me.” Fitch currently works at Old Town Coffee in Goleta, where he gets some on-the-job cooking experience, but he said cooking for his family at home is where he gets most of his experience. Fitch plans on opening his own “Mexican, American, and seafood” restaurant after he graduates from SBCC.

Many kids in class said they were taking it for fun and to learn cooking skills, but planned on going to college for something entirely different. Junior Tana Thananaken said he took the class because it runs in his blood. His parents co-own Empty Bowl in the Public Market as well as multiple other Thai restaurants in town; he hopes to one day take over part of his family’s business.

“It’s not so much the fast pace that attracted me to this class, but more working together in teams,” Thananaken said. “I’m not sure if I will go to SBCC’s program or not, but I know I do want to work in restaurants.” DP is the only one of the three schools that doesn’t offer dual enrollment at SBCC’s culinary program, but that will soon change.

Ingram makes sure her students are well-rounded and ready for all the industry’s demands. They are taught proper table setting because “they need to know proper table manners,” and cell phones aren’t allowed when tasting the food because “the art of table conversation is lost, and these kids are the next generation to bring it back.”

At San Marcos High School, even more emphasis is placed on general industry standards. Representatives who work in the service industry talk to students about how to land an entry-level job and work their way up into higher positions in lieu of college. Recent guest speakers from Panda Express focused their talk on résumé building, first-time interviews, and what to expect in the service industry workplace. One of the speakers said she joined Panda Express when she first graduated high school, and now, 10 years later, is in management making more money and loves the “company culture.”

“We probably spend like 50 percent of our class time in the textbook or with guest speakers like this,” SM culinary teacher Donna Barker said. “Sometimes the students get overwhelmed with the sanitation lessons and want to get straight to cooking, but I found having outside speakers like this really gets them engaged.”

When it comes to cooking, Barker teaches her students about resourcefulness. Now, for example, her students are learning how to break down one whole chicken into chicken piccata, chicken alfredo, and chicken parmesan. “I try to get them to think,” she explained, “how many different ways can I use a chicken fillet?”

Barker believes any of her students could make a career out of working for resorts and restaurants in Santa Barbara, and she even takes her students out on the visiting cruise ships. “They get so excited when they see the kitchens,” said Barker. “It makes it real for them.”

Barely three years old, Santa Barbara High School’s culinary pathway is the newest of the three. S.B.’s culinary teacher Anne Gott went through the SBCC program and recently worked in the industry herself, so she knows what her students need to be prepared for.

“The coffee shop industry is big here,” Gott said. “We got funding for a commercial coffee machine, and I hope we can start using it and incorporating it into lessons this semester because it will really help these kids get jobs right away.” SBHS will be the first school to offer barista lessons as part of its culinary pathway.

Gott said she also wants to develop her classes to teach students more about the business side of the industry. In addition to cooking and cleaning fundamentals, she wants students to learn the cost of food, how much is appropriate to charge for a dish at a restaurant, and how to create products that are so unique people will pay more for them.

“Part of our district’s mission is to prepare students for a world yet to be created,” CTE coordinator Carson said. “A huge part of that is giving students more options, and that’s what this is.”

4•1•1 | Culinary students from all three high schools will be showing off their skills at the S.B. Unified High School Showcase Tuesday, November 19, 5-7 p.m. at Earl Warren Showgrounds (3400 Calle Real). 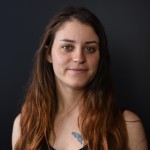