MY LIFE IN YANKEE STADIUM 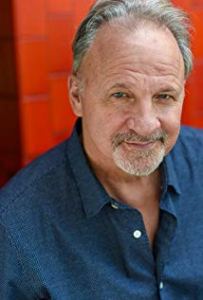 On the eve of the Los Angeles Dodgers vs. New York Yankees game in LA, Aug 22nd, Chaucer’s is delighted to host Stewart J. Zully, who will be with us to launch his book entitled, My Life in Yankee Stadium–40 years as a Vendor and other Tales of Growing Up Somewhat Sane in the Bronx.

My Life in Yankee Stadium is a collection of stories and anecdotes from a vendor who began working at Yankee Stadium in 1970. Starting at the age of fifteen tossing peanuts at a New York Giants football game, Zully vended at playoff and world series games, no-hitters, a Muhammad Ali heavyweight fight, a visit from The Pope and of course, the legendary Red Sox-Yankee rivalry. For more than 2500 events he climbed through the stands, up and down miles of steps, selling everything from beer to hot dogs to souvenirs. My Life in Yankee Stadium contains unusual encounters with various celebrities as well, whether on a movie set or in the stands at the ballpark.

Zully’s book is a personal look at a vendor’s life straight from the basement of the stadium to his other life in show business. The quirky vendors, the bizarre assortment of fans, growing up in the Bronx and the character of New York City itself all come alive as Zully gives the unique perspective that only an insider has. Filled with exclusive photos, My Life in Yankee Stadium is ultimately a look at New York from the sixties to the present day, taking the reader behind the scenes at the most famous stadium in all of sports.

Zully has also been an actor, director, writer, producer, and teacher since 1980. His film credits include Vice, Wolf, Malcolm X, For the Boys, New in Town, and Bonfire of the Vanities. He has guest-starred on Blue Bloods, The Sopranos, Columbo, Married… with Children, and most Law and Order shows. Stewart has directed and taught theater in New York, California, Florida, and Canada, and co-wrote and co-produced the feature film Perfect Opposites. He and his wife, Sharon, live in Los Angeles.