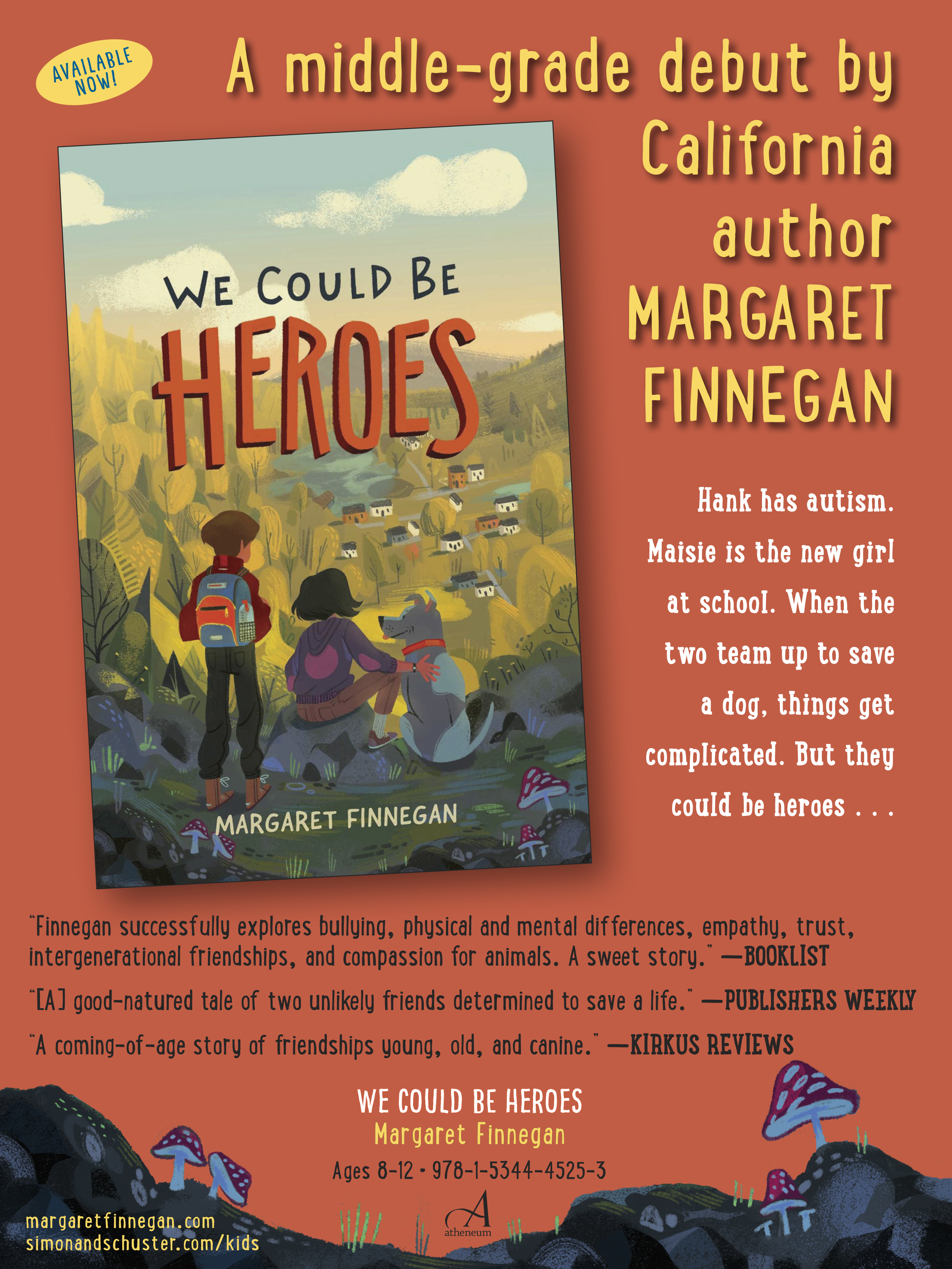 This event has been postponed

BOOK SIGNING- WE COULD BE HEROES

Chaucer’s Bookstore welcomes Southern California based journalist Margaret Finnegan (margaretfinnegan.com) to our store on March 22 for a reading and signing of We Could Be Heroes – a middle grade novel that deals with childhood autism.

Hank Hudson is in a bit of trouble. After an incident involving the boy’s bathroom and a terribly sad book his teacher is forcing them to read, Hank is left with a week’s suspension and a slightly charred hardcover–and, it turns out, the attention of new girl Maisie Huang.

Maisie has been on the lookout for a kid with the meatballs to help her with a very important mission: Saving her neighbor’s dog, Booler. Booler has seizures, and his owner, Mr. Jorgensen, keeps him tied to a tree all day and night because of them. It’s enough to make Hank even sadder than that book does–he has autism, and he knows what it’s like to be treated poorly because of something that makes you different.

But different is not less. And Hank is willing to get into even more trouble to prove it. Soon he and Maisie are lying, brown-nosing, baking, and cow milking all in the name of saving Booler–but not everything is as it seems. Booler might not be the only one who needs saving. And being a hero can look a lot like being a friend.

“Debut author Finnegan, parent to a child with autism and epilepsy, deftly captures Hank’s difficulties in dealing with emotions—his own and others’—in this good-natured tale of two unlikely friends determined to save a life.”-Publisher’s Weekly

Margaret Finnegan’s work has appeared in FamilyFun Magazine, the LA Times, Salon and other publications. she lives in South Pasadena, California, where she enjoys spending time with her family, walking her dog and baking really good chocolate cakes Connect with her at margaretfinnegan.com.

This event has been postponed