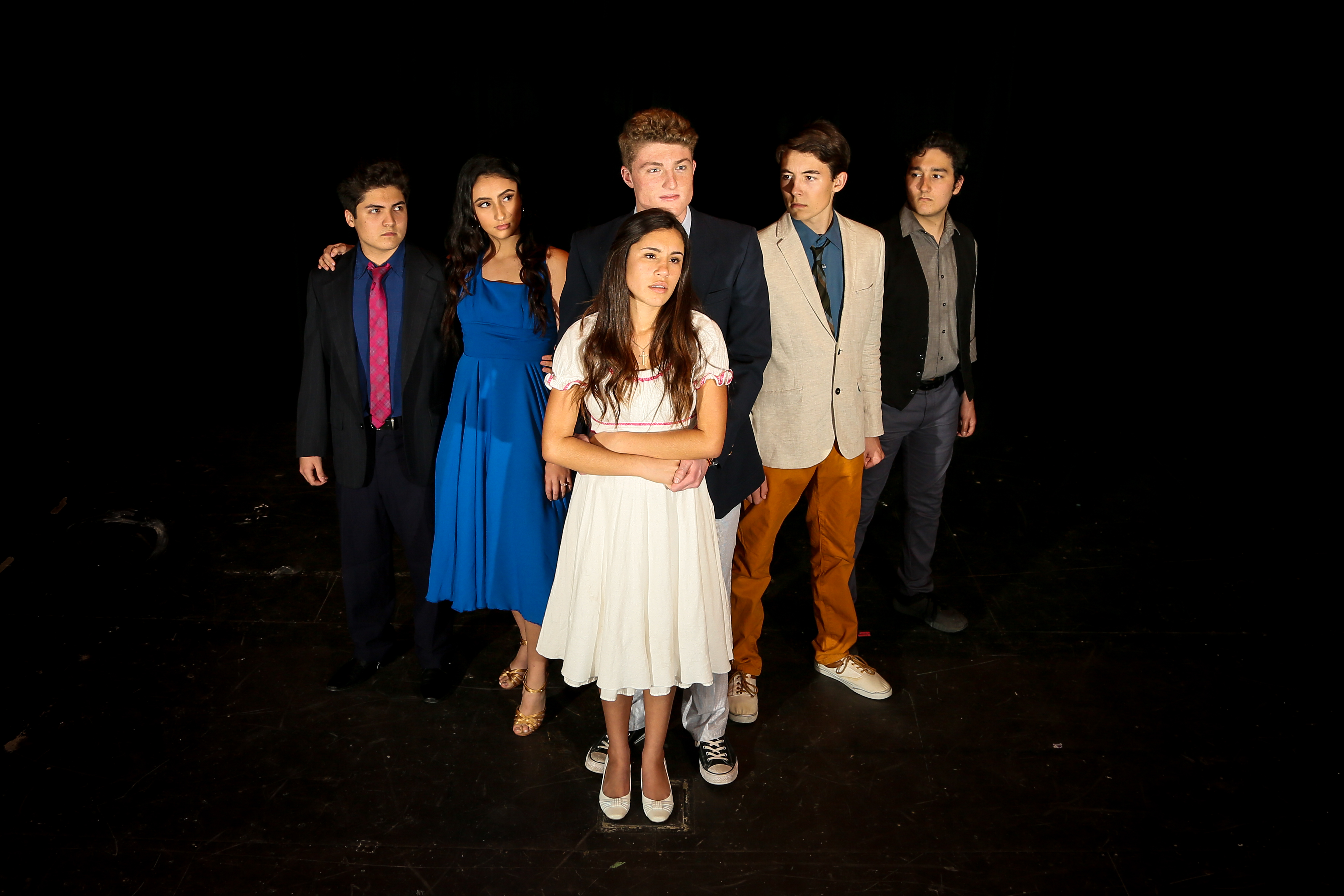 WEST SIDE STORY ’s diverse cast consists of over fifty students, some with many years experience and many who are participating in their first show.  Clark  Sayre, the show’s director states: “I’ve wanted to produce WEST SIDE STORY ever since I began teaching at Dos Pueblos nineteen years ago, but I’ve been waiting for the right combination of a Tony, Maria, Anita and Bernardo. This year we’ve finally found that.”

Nolan Montgomery who plays Tony has recently had the unique distinction of being called back three times for a role in the Broadway production of DEAR EVAN HANSEN, his last audition involving working directly with the director. Nolan achieved this by auditioning at an Open Call in Los Angeles in November.   In order to prepare for his possible immediate departure to Broadway, Sayre has cast Matthew Kleeburg as the Tony understudy. According to Sayre, “It’s rare enough finding one Tony in a year, let alone finding two extremely talented tenor triple threats. I feel confident we’d still have a very strong show with Matthew at the helm.”

Nevaeh Harrington who plays Maria previously played a role in ALMOST MAINE at Dos Pueblos. Isaac Hernandez (Bernardo) played the lead (Juror 8) in DPTC’s Fall Production of TWELVE ANGRY JURORS, and a featured role in DPTC’s National Disney High School pilot of NEWSIES. Klarissa Neumann is playing her first role in a Dos Pueblos Theater Company production, although she has been a member of DP’s Award Winning Song Cheer squad.

WEST SIDE STORY is that unique Broadway show with not only an important role in the overall development of the musical, but also a unique entry point for students and audiences of today.

Tickets may be purchased at the door or by visiting dptheatrecompany.org. For more information, please email the show’s producer Taylor Vaughn at tvaughn195.00@gmail.com.