Ever wanted to make a scene at the Santa Barbara Yacht Club? Well, this Sunday afternoon is your chance.

That’s when prone and stand-up paddlers will be finishing their day-long trek across the Santa Barbara Channel, landing on the shore where the breakwater starts and where food, drink, and music await. Selfies with will be taken with salty, exhausted loved ones. Tall tales will be told. And oh yeah, people’s lives will be changed forever.

This is The Friendship Paddle. It started in 2003 with friends looking for a way to support Doug McFadden as he fought an inoperable brain tumor. They found it in the shared experience of braving the channel on paddle boards. Mutual fears gave way to unified hope and celebration, and funds were raised for McFadden and his family as he far outlived his doctors’ predictions. The process is repeated each year with a new recipient.

This time it’s all about Cameron Benson. Many of you know Benson personally, but all of us benefit from his decades of environmental work. A former executive director for the Environmental Defense Center, he’s been the city’s top creeks manager since 2007. He met his wife, Lisa, when they were both working at Piati in Montecito, and they now have two teenage kids, Josh and Ella.

Benson’s rollercoaster health issues started with a December 2016 diagnosis of a rare and aggressive form of neuroendocrine cancer. Chemotherapy sledgehammered it out of his body by May 2017, but in October, the signs of cancer had returned. With chemo no longer a viable option, Benson was allowed to partake in a drug trial at UCLA, and his cancer is thankfully back in remission. Needless to say, the journey hasn’t been easy or cheap. All money raised by the paddle goes directly to Benson and his family, no strings attached.

On Saturday, September 22, some 30 boats will ferry 200 people to Santa Rosa Island, where we’ll be rocked to sleep on boats decks under the stars. In the morning, we’ll paddle into a circle for a starting ceremony, with Benson leading the way. Another circle will reconvene at the halfway point, one more chance for silence and cheers before returning to the beaches of 93101.

The continued advancement of medical technology is staggering and gives new promise every day, but sometimes it’s the love, support, and hope from family and friends that you need the most. For a full history of the The Friendship Paddle, and to make a donation, visit friendshippaddle.org. 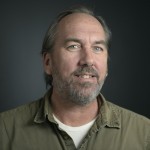 StarCycle Is Lights Out