New disclosures by the Archdiocese of Los Angeles and the Catholic Church’s western Jesuit province have identified more than 200 clergymen accused of child molestation, 12 of whom held lengthy postings in the Santa Barbara area dating back to the 1950s.

The names were made public for the first time this week as part of what church officials described as atonement for the revelations of clergy sex abuse that have roiled the Catholic Church the last two decades, including the longtime protection of predator priests by some of the institution’s top leaders. The names were added to a list that was initially published by the archdiocese in 2004 and hadn’t been updated since 2008. 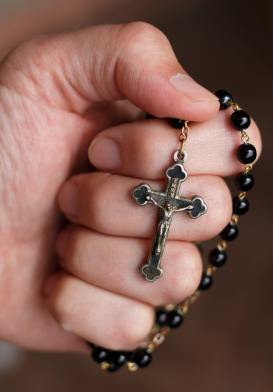 “We owe it to the victim-survivors to be fully transparent in listing the names of those who perpetrate this abuse,” said L.A. Archbishop José H. Gomez in a prepared statement. “It is inconceivable that someone entrusted with the pastoral care of a child could be capable of something so harmful,” said Rev. Scott Santarosa, the head of the western Jesuit province. “Yet, tragically, this is a part of our Jesuit history, a legacy we cannot ignore.”

Victim advocates, however, called the release a self-serving strategy to shield the church from further scrutiny and potential criminal prosecution after a Pennsylvania grand jury issued a searing report in August that described how bishops in the state covered up child sexual abuse by more than 300 priests over 70 years. It was the most expansive investigation yet by a U.S. government agency of child sexual abuse in the Catholic Church.

“This is a preemptive action by the church to prevent what happened in Pennsylvania from happening in other parts of the country,” declared Santa Barbara attorney Tim Hale, who represented 13 plaintiffs in a landmark case against Santa Barbaran Franciscan friars in 2006 and won a major settlement against the Boy Scouts of America in 2015 “That’s how it works with them. Until you put their feet to the fire, they keep secrets as long as they can.”

Hale said he was shocked to learn of the especially lengthy terms some of the newly named priests held in Santa Barbara parishes and the many years it took for the accusations against them to be aired. He pointed specifically to Fr. Ozias Bailey Cook, who was assigned to Santa Barbara Catholic High School from 1957 to 1978 and retired from a position in Solvang in 1984, according to the archdiocese. “I shouldn’t be surprised,” Hale said, “but I was.” He also noted the tenure of Fr. Vincent McCabe in San Roque from 1974 to 1988. “There are definitely kids who fell victims to these priests,” he said. “These guys don’t take vacations. They don’t stop predating.”

Hale said he hates to think about how many victims suffered needlessly with the belief they were the only one targeted, or that the abuse was somehow their fault. “All because the church sat on this,” he said. Hale also said he hopes California Attorney General Xavier Becerra takes the lead from the numerous state attorneys general who, after the Pennsylvania report was published, have opened investigations into clerical sexual misconduct by subpoenaing diocese records. “There are a huge number of unidentified perpetrators out there,” he said. “We want them all to be investigated.”

Below are the names of the 12 accused clergymen identified by the Archdiocese and the western Jesuit province as having held positions in Santa Barbara County. Most of them are now deceased. No further details of their alleged crimes, including victim information, were provided. The years and locations of the men’s Santa Barbara tenures are included here; full accountings of their postings are published on Archdiocese and Jesuit websites.