Watching Booksmart, one gets the sense that the kids are very much alright. Driven and ambitious, Molly and Amy spent their high school days hitting the books, following the rules, and being best friends. Defining themselves against their peers through academic rigor, they sacrificed their social lives and romantic pursuits in the process. Their hard work pays off: Molly is a Yale-bound valedictorian, and Amy plans to do humanitarian work in Africa before heading off to Columbia University.

On the last day before graduation, their carefully curated identities as overachievers come crashing down when Molly realizes that classmates she originally dismissed as losers, hookers, and stoners also got into top schools. “But you guys don’t care about school,” said Molly to a few classmates in a gender-inclusive bathroom. “No,” responded another Yale-bound character who is also known for being sexually free. “We just don’t only care about school.” For the rest of the day, Molly and Amy are determined to change their high school narratives and chase down party after party to prove that they too are both smart and fun.

Students in Booksmart have little to worry about: They attend a posh high school and most are socially aware, politically savvy, and for the most part, nice. They take for granted the Obama-era language of inclusion and diversity that allows them to easily navigate complexities in gender, sexuality, and politics. Amy, for instance, is a lesbian that is “out” to her supportive, yet overbearing parents, and has more anxiety about her first kiss than her sexual orientation. When Molly points out that her crush wore a polo shirt to prom, and therefore must also be a lesbian, Amy doesn’t miss a beat: “That’s her gender performance, not her sexual orientation.”

Stripped of today’s political turmoil, the world of Booksmart envisions Generation Z as the inheritors of a liberally minded progressive agenda. By breaking high school stereotypes and cultural assumptions, traditionally underrepresented voices and identities are not only less marginalized, they are embraced. It is this background that makes it possible to not only put in the foreground the experience of female friendship and ambition, but to also empower young women like Molly and Amy to take risks and explore the nuances of coming of age. 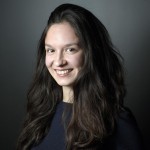