Drifters, Rosha Yaghmai’s new solo exhibition at the Museum of Contemporary Art Santa Barbara (MCASB), divides rather than cuts the MCASB gallery space. The curved white wall of the installation that Yaghmai has designed partitions MCASB’s main area in two, choreographing the act of crossing the square room into something out of Pina Bausch — an unscripted Café Müller. Not only is there a wall to circumvent, but there are also large rocks extracted from the California landscape along the way and erect steel pipes on the other side. Yaghmai’s landscaping of the room forces bodies out of the linear strolls galleries ordinarily inflict and onto offbeat paths reminiscent of the journeys we often need to make on our way to solace.

Yaghmai is thus inviting us to drift, an invitation also apparent in the series of paintings that hang on the wall that divides the space. Titled “Afterimages,” these works blur classic illustrations of the epic Persian poem Shahnameh (The Book of Kings). Yaghmai is American-Iranian, but rather than connect the dots for the visitor, this borrowing and blurring of her Persian patrimony scrambles them further. First, though Shahnameh is the national epic of Greater Iran, it mixes history and myth. Second, when speaking of the series, Yaghmai references psychedelic experiences. Indeed, “Afterimages” will dizzy the close observer. But in doing so, they rewrite beauty, muddling its sharp edges while blending fantasy and reality. Yaghmai’s “Afterimages” are beautiful precisely in the confusion they instill. They are like our darkest psychedelic moments seen in retrospect, or the fragments of a puzzling lineage we’re still trying to piece together.

The Afterimages are portals, hanging midway between natural rocks and human-made steel pipes. Yet whereas many dominant narratives point to nature as our path to spiritual salvation, the portals take us from natural rock to human-made steel instead. To be clear, Yaghmai is not playing down nature. But she is complicating the narrative. The care applied to her unearthed pipes render them somehow more organic than nature. One feels empathy, even grief, looking at them stripped of their old function, performing acrobatics of steel in their afterlife. Yet by fusing them with new metal, Yaghmai gives them closure. By beautifying and erecting them, she honors their past existence. It is a well-deserved ending — or a new beginning. After all, pipes are the invisible enablers of our modern wellbeing. They carry water or gas to our homes. Yaghmai explains that her work deals with disappearing landscapes and unearthing embedded knowledge. As such, her pipes perform an unexpected extraction that questions our previously held beliefs. Maybe idolizing nature is escapism. Maybe our buried pipes hold more truth.

The psychedelic realm that’s symbolized by these paintings and the concave wall that separates the natural world from the human-made one in this exhibit is there to question this age-old division further. Psychedelics are a great equalizer. When tripping, a stone is no more or less than a pipe. Neither Humanity nor Nature are competing for hierarchy in the psychonaut’s mind. Matter is engaged in one collective movement. Maybe a Pina Bausch choreography.

Drifters methodically targets the set ways through which we see the world and our lives. In conversation, Yaghmai shared her resistance to the requisite “languaging” of her work, an understandable concern. By asserting how often things are not what they appear, her work recontextualizes its own story, pulling it out of the set tracks it occupies and locating it in the body. As with the pipes, rocks and patrimonies she unearths, Yaghmai’s art yanks at our attempts to grasp reality through mono-narratives, leaving us wafting, curiously hanging onto our bodies, less certain of it all, firmly drifting in a space of neither / or. 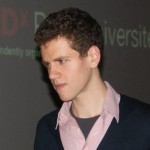 Enjoy ‘Christmas in Hawai’i’ with Jake Shimabukuro at the Granada

Review | ‘The Banshees of Inisherin’