Syryn Records, a Santa Barbara-based youth-run music label focused on representing female and gender expansive artists from ages 15-22, just released its very first compilation album. It features 11 songs from 11 incredibly talented young artists across a variety of genres, with tracks ranging from deep, philosophical spoken word, to soulful pop, and energetic, punky-rock. No matter your tastes, there really is something on this album for everyone.

The compilation begins with Salome Agbaroji’s powerful spoken word piece, “Make a Million,” which sets a profound, empowering tone for the whole album with grippingly poignant lines like, “Yet we rise, and rise again each dusk to share our light in the sun’s shadow. We are teachers, we are students, we are CEOs, we are leaders. We are women and we are shining. Do you see us?”

Hearing music made by such talented young artists is truly a moving feeling — the inescapable, nostalgic relatability of teenage and young adult feelings, mixed with the exciting potential of seeing a young artist with their whole career ahead of them, makes for a group of musicians who you can’t help but root for.

Syryn Records is a youth program put on by Amplify Arts Project (previously Girls Rock Santa Barbara). Syryn Records Vol. 1 is available to stream via Spotify playlist, or can be purchased on NFT or vinyl at syrynrecords.com. 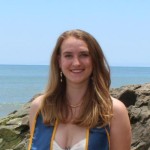 ‘Pictures from Home’: From Santa Barbara to Broadway