Shakespeare called it midsummer, but Santa Barbarans know the longest day of the year as summer solstice and, as usual, the town will be celebrating the event in style. With the Thomas Fire and mudslide devastation still resonating in our collective consciousness, the Solstice committee chose “Heroes” as its theme in honor of all of the people who have gone above and beyond during the disasters and in their aftermath. The festivities begin on Friday, June 22, and continue through Sunday, June 24, with myriad events to attend, including a visually dazzling parade, live music, dancing, and a puppet show. Residents and tourists alike are invited to share in this annual celebration of the sun and life.

Come to Alameda Park (1400 Santa Barbara St.) on Friday, June 22, to celebrate the Festival Opening Night with a large-scale puppet show that will honor area heroes. There will also be a craft brew and wine garden happy hour from 4 to 5 p.m., $5 drinks from 5 to 9 p.m., $5 food bites at the food court, and much to see and buy from the arts and retail vendors. Take in the opening night with music from a deejay and area bands as you enjoy the start of the festival. See solsticeparade.com.

The 44th annual Solstice Parade, which takes place on Saturday, June 23, at noon, is the largest arts event in Santa Barbara County, drawing crowds of more than 100,000 from around the world. Watch floats, puppets, and people in whimsical costumes, dancing, skating, rolling, drumming, and walking up State Street, from Cota Street to Micheltorena Street.

Immediately following the parade, gather at the Solstice Festival in the Sun at Alameda Park from noon to 8 p.m. for dancing, food, drink, family-fun, music on the mainstage, and a youth stage lineup consisting of S.B. Sings, Spirals Gymnastics, 11-year-old singer/songwriter Sofia Guerra, and S.B. Youth Music Academy. If you are 21 or older and feel like a change of venue, scoot over to the Wildcat Lounge for a Summer Solstice Patio Party from 5 to 8 p.m., and listen to the Bomb band play old-school tunes and funk and DJ Darla Bea spin groovin’ tunes. For your viewing pleasure, professional dance group La Boheme will be keeping the party action going on the patio. See tinyurl.com/SolsticeWildcat.

On Sunday, June 24, start your day off with a Summer Solstice Nature Hike on Pine Mountain with Lanny Kaufer. This intermediate level hike is suitable for moderately experienced hikers or physically fit beginners and will take folks through the spectacular habitat of Yellow Pine Forest. Kids ages 5-12 can attend for free (one per adult), and adults are $25 (senior and student discounts apply). Bring your lunch, and meet at 9 a.m. at Maricopa Plaza (1207 Maricopa Hwy., Ojai). See herbwalks.com or call (805) 646-6281.

Stop by Alameda Park from 1 to 4:30 p.m. for the Youth Heroes Capes & Crowns–themed children’s parade, area bands on the main stage, and a raffle. And on the youth stage, Capoeira Sul da Bahia, Destined Dance & Performing Arts, Crush Athletics, The Dance Network, S.B. band Porter, and Detar Music will perform throughout the day. 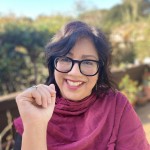 The Alcazar Theatre Presents “Now And Then” A Romantic Dramedy